​​Inside India's sham trials for citizenship

​​A data-based investigation on the arbitrary process to determine Indian citizenship in Assam. Bengali speakers, particularly Muslims, are forced to scramble for proof by producing documentary evidence few possess.

​A profile of two women who became the first to enter the Sabarimala temple since the Supreme Court revoked a longstanding ban preventing women of reproductive age from entering.

Statelessness of the most marginalised

As a massive citizenship registry is underway in Assam, lakhs of the most marginalised women living in river island of the Brahmaputra risk becoming stateless - because they don't have paperwork.​

Bonded labour persists in some of India's biggest coffee estates. As full-time workers leave bondedness, there is a new influx of vulnerable migrant workers.​

The price of a dream city (Video)
The Newsminute, December 2017

What does it mean for farmers of 29 villages to 'voluntarily' give their fertile lands to a city? And will the metropolitan dreams have space for the original residents? A video story on the dynamics of the voluntary land pooling model pioneered to build Amaravati, the capital of the newly divided state of Andhra Pradesh. Over 1 million views in a week!
​​** Not Without Our Daughters

Over 60 young women in Trichy who grew up believing they were orphans discover the families they were taken away from.

Book review of Amma, by Vaasanthi, a biography of Tamil Nadu leader Jayalalithaa.

Globally, India has pledged to cut 33-35% of its carbon intensity by 2030, but domestic strategy is to continue high-emission growth.

The Discontent of Hardik Patel

Why is the biggest reservation drama in India today led by a 22-year-old? Also, a revealing  interview.

An ice-box, a live heart, and the man who drove and drove
Yahoo! Originals, July 2014
Chennai's traffic came to a standstill to allow a donor heart to reach a dying young woman for an urgent transplant. From hospital to hospital, a 45-min ride done in 13. As families, doctors and cops waited with bated breath, this is what happened.

Seized Earth Campaign
Foreign Policy, May 2015
The Indian government is poised to add another chapter to the ugly saga of land acquisition in India

Why Do they Protest When It's for their Own Good?

Across India, millions are dissenting against the Indian government’s push to remove checks and balances for acquiring land. Are the protestors ignorant?

The roots of the Assam border dispute
​Al Jazeera America, Aug 2014
Rivalry between two Indian states, Assam and Nagaland, flares as armed tribal groups clash.
**Coastal wars: A storm foretold
​Tehelka, Nov 2011
On the impending crisis by the sea: how energy corridors, SEZs and tourism plunder our coasts. This article, the first in a 3-part series, won the 2012 Mumbai Press Club Award for reporting on Health and Environment, and was a finalist in the 2012 Osborn Awards, London.
Money for nothing
​Tehelka, Dec 2010
After a promising start in social enterprise, the microfinance industry in Andhra Pradesh turned political and profit-oriented, swallowing the poor women borrowers it once served. 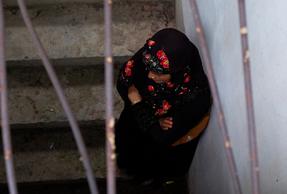 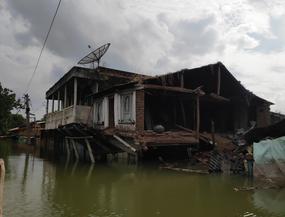 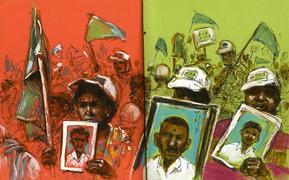 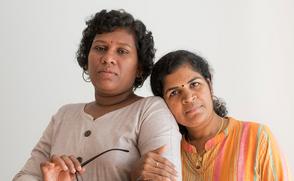 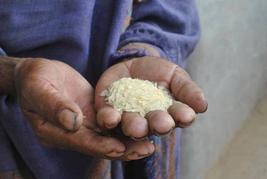 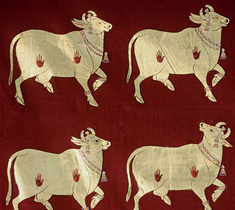 ​​As the Prime Minister celebrates his birthday at the full reservoir of the Sardar Sarovar dam, thousands of people are displaced by the rising river water, and without full rehabilitation even after 56 years, have nowhere to go.

India's farmers on the march

As millions arrive arrive in New Delhi for a massive protest, I report, while artist Molly Crabapple draws the India's farmers on the front lines of the fight against climate change.

Three years after a mob killed Mohammed Akhlaq alleging he ate beef, I go back to his family and villagers involved to unravel the template for hate perfected in Dadri, and flourishing in the close to 100 lynchings that have come after. (Shortlisted for The True Story Award, Switzerland.)

​​Inside the Foreigners Tribunals in Assam
HuffPost, August 2018

​Foreigners Tribunals in the state of Assam declare thousands of poor illiterate people as foreigners over spelling mistakes. This story gets rare access to tribunal trials, and sees absurd justice being delivered.  ​

​The value of rice at one rupee

The government’s pilot Direct Benefit Transfer project has come to mean wasted hours at the bank, missed work days and mounting expenses for  residents of Nagri in central India.

"Imagine No Country Wants You"

India’s desire to expel the persecuted Rohingya is motivated by an insidious combination of security paranoia, nationalist politics and, some say, economic interests in Myanmar.​

​​Series on garment workers in Bengaluru

Over 90% workers in the Bengaluru garment export hub are women. A four-part series on huge amounts of unpaid dues, battles over minimum wages, move from urban to rural migrant workers, and sexual harassment.​

The BJP government is using a Cold War era law to go after NGO money. Activists that have questioned the State are being specifically targeted.​

Aripanthan: A Symbol of Today's Kashmir
The Wire, September 2016
As India focuses on Pakistan-occupied Kashmir, it must understand the worrying ideas of militancy among the brutalised youth in the region.

**Jeans, 'Love Drama' and the Electoral Spoils of Tamil Nadu's Caste Wars
The Wire, May 2016
What happens when political parties in Tamil Nadu demonise inter-caste couples for falling in love, and why hate wins votes

As Indian migrants slave in the Gulf countries, the Indian government is stuck choosing between workers' rights and remittances

**The good doctor goes to the market

What it means for healthcare when Dr. Devi Shetty, founder of India's largest low-cost hospital chain, goes for a public issue

About 4% of farmed land in Maharashtra is under sugarcane, but it consumes 71.5% of irrigated water, including wells. Here's how sugarcane production has worsened drought in Maharashtra

Crop insurance during a hailstorm

As unseasonal rain causes crop failure in 14 states in India, a look at why crop insurance is not keeping up

**War on the Environment

Since just a year of coming to power, the Indian prime minister has rapidly diluted ecological protections in the name of economic development

A depleted marine population in Indian waters forces fishermen from the southern state of Tamil Nadu to illegally ply their trade in Sri Lanka, risking arrest and worse.
**The Defeated
The Caravan, Feb 2012
Two Tamils pick up the pieces after the last war in Sri Lanka. This piece won the 2013 ICRC Award for best article on humanitarian conflicts.
Reporting rape in the time of rage
​Fox News,Sept 2013
More survivors in India report rape, and for the first time, shame shifts away from the woman.
**K Klutch Klan
Tehelka, Mar 2011
Friendship. Feuds. Betrayal. Mammoth corruption. Tamil Nadu chief minister Karunanidhi started out as the Dravidian idealist with the silver tongue. This is the breathless story of how his family led him astray. And turned Tamil Nadu into a family estate.
The hungry voter
Tehelka, May 2009
A report on starvation deaths in Madhya Pradesh, Orissa and Manipur.
**The lives of others
Tehelka, Oct 2008
Surrogacy is now India’s most lucrative fertility procedure, but is also a moral and legal minefield
View on Mobile