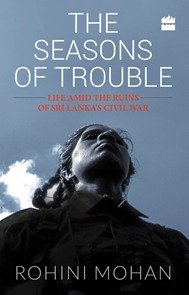 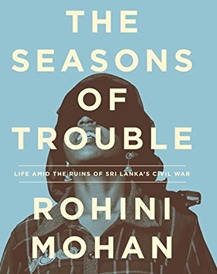 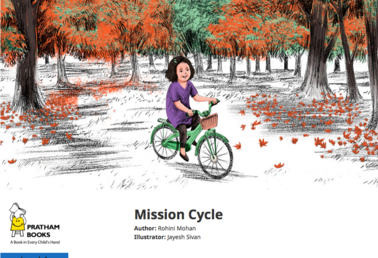 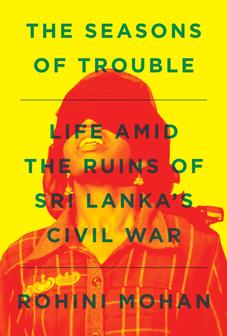 MISSION CYCLE is a children's book set in Srinagar, Kashmir, where a family stuck at home during a curfew copes by teaching their little girl to ride the cycle.

Illustrated by Jayesh Sivan, and published by Pratham Books as an open source learning resource (downloadable online for free), it is available in 5 other languages: Hindi, Tamil, Kannada, Marathi, and Marwari.

THE SEASONS OF TROUBLE is a nonfiction book about three people caught up in the aftermath of the civil war in Sri Lanka.

In May 2009, the Sri Lankan army defeated the separatist Tamil Tigers in a fierce battle that killed more than 40,000 and displaced more than two million. After 30 years, the ethnic war had finally ended. The book begins at this devastating moment and tracks three Tamils emerging from it.

​When city-bred Sarva is dragged off the streets by state forces, his middle-aged mother, Indra, searches for him through the labyrinthine Sri Lankan bureaucracy. Meanwhile, Mugil, a former child soldier, deserts the Tigers in the thick of war to protect her family. Having survived, for the next five years, they struggle to live as the Sri Lankan state continues to attack minority Tamils and Muslims, frittering away the era of peace.

Through five years of immersive undercover reporting, THE SEASONS OF TROUBLE reveals how a postwar country grapples with systemic polarisation and violence long after the ethnic war ended. It was launched in  October 2014 from Verso Books in the US and UK and Harper Collins in India.

Interview and excerpt in Guernica.

Interview in The Hindu.

touches as well as unsettles the heart."

"Gripping and profoundly moving,.. an astonishing feat of reportage"

​"A remarkable feat of empathy"

"Vivid... the prose is unflinchingly precise"